My mom and her husband were visiting us in Bosnia and Herzegovina for our spring break. They had been hanging out and touring Sarajevo for a week prior to our holiday while we worked. Then to kick off spring break, we took off to Mostar, a town in the Herzegovina region of Bosnia and Herzegovina, famous for Stari Most (Old Bridge) over the Neretva River. It was built in the 16th century by the Ottomans. In 1993, the bridge was destroyed in the war, but has been completely rebuilt. They recovered many of the original stones from the river to reconstruct it. It is probably the most recognizable structure in Bosnia and Herzegovina. 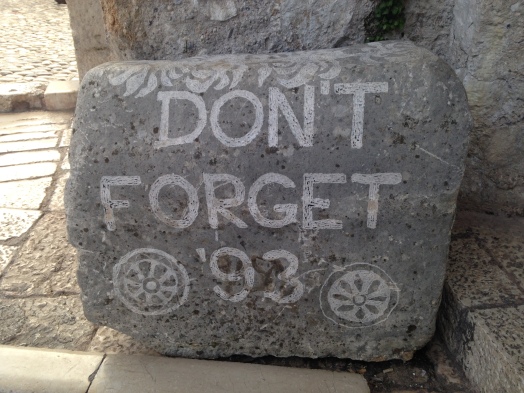 Somehow, Mostar still manages to be off most people’s travel radar. If you have the chance, you should work your way over to it. It is so worth it.

Here are some highlights about the small town:

2. Pose on the bridge for some pretty sweet pictures. 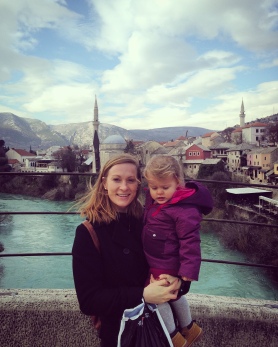 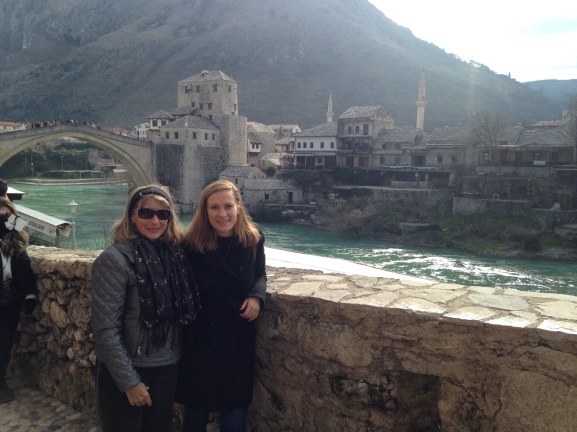 3. They also have incredible street art and metal art work for sale. I sadly did not get any pictures of the street art. Guess I will have to go back!

We also did not see the famous Kravice Waterfalls, and I am sucker for waterfalls, so we really will be making a trip back soon.

After all that touring around the town, I got to see another, more rural perspective on foot the next day.

I was a nervous wreck before the race. I knew I wanted a PR, but I wasn’t sure I was capable of it. I also didn’t voice this to anyone for fear I would somehow jinx it. Whenever I am going into new territory, I get nervous. It is okay though. I am not scared of being scared. It means you care, and when you care, the outcome is better.

I did all the things you are supposed to do. I trained. I ran far. I ran faster in my training. I did hill repeats. I ate better. I slept more. I even tapered, albeit a small amount because one doesn’t need to cut back too much for a half. Usually I don’t at all, but tried it out for this race. It really isn’t that complicated when it comes to knowing what one should do to improve their running. If you want to improve your speed, run faster during training. If you want to improve your endurance, run farther. Running is a simple and resourceful sport, direct in the fact that it is about putting one foot in front of the other, effective in its purpose, and a deeply innate part of being human.

The thing that I think helped me the most though, was that I just pretended to be someone that could make a sub 1:45 half marathon. I just told myself if I can’t be the person that gets that time, just pretend to. It worked. I ran a 1:43. Fake it ’til you make it.

I know on the grand scale of amazing runners out there, running a 1:43 isn’t anything special, but it was to me. I had been stuck at 1:47 as my personal best prior to this race, but most halfs had been 1:52-1:55. Granted, those were all in Thailand, so really hot and humid conditions, which hurt most people’s race times.

I had slept well the night before. I carb loaded correctly. The weather was perfect–mid-50s, clear skies. The course was mostly flat and lots of beautiful scenery. I had my mom, her husband, my kids, and my husband all there to support me. Really, it was a perfect combination of conditions to do a PR.

Between good conditions and self-delusion, I did it.

12 thoughts on “Mostar Half Marathon PR”