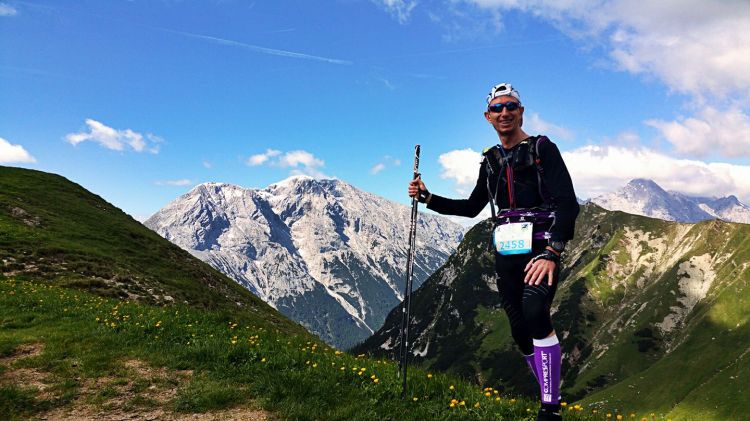 I met Dirk when we were in the middle of the Bucegi Mountains, running 50k through Transylvania, Romania. We became running buddies after leapfrogging on the trail for a while. As you can imagine, it was a difficult race–it was nice to have someone to chat with and help decide the best place to cross a flowing river. One of the best aspects of doing these travel races is meeting interesting people from around the world. Dirk is from Germany and I quickly realized he was a fellow world travel runner. After talking with him, he has certainly inspired me to get to Germany for some ultras, along with some other races around the world.

Hear a bit about him and his running and traveling life below.

2. What is the longest distance you have run? 100km Biel, in Switzerland

3. Trail or road? Why? I prefer trail! The best combination would be trail AND mountains. I enjoy it because it is not the same pace during the whole distance, better landscape, and better for the mind and body!

4. What has been your favorite race so far? I have done 53 marathons an 15 ultras, so I have some favorites. A few of them would be the Swiss Alpine Davos and the Virgin Marathon in Interlaken, both of which are mountain runs in Swiss Alps.  The Transylvania 50k in Romania was nice, but very hard, as you know 😉 Desert Marathon in Morocco!

5. As a fellow traveling runner, what are some travel races you would suggest others to venture out and take on? All runs in the Swiss Alps. Transylvania100 for different tracks. Desert runs in Morocco are nice too! The Netherlands and Belgium have some nice trails, from marathon to ultra. Here in Germany we have the Zugspitz UltraTrail with some different courses. Also, the Helgoland Marathon on the island farthest from the mainland from Germany is very nice! 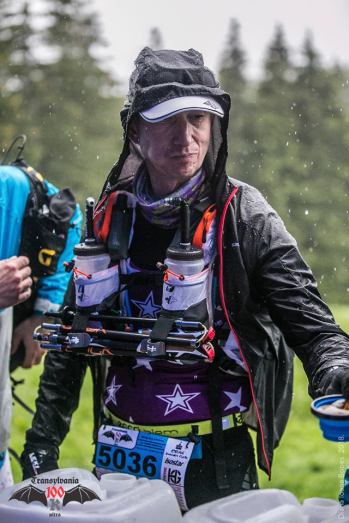 7. What race are you training for currently? I train the whole year and “normal” marathons I can run whenever I want. Now I have no special focus. Maybe in the autumn some mountain runs somewhere or ultras in Germany or in the Netherlands.

8. What challenges have you come across with training? Nothing really–maybe sometimes the balancing act between family, running and my other sports.

9. The classic running question–why do you run? Running is a sport I can do every where, any time, and by myself. I don’t need a room, a hall, a court, a partner, or any special time to do it. I feel free during running and sometimes I have a lot time to think. I can travel to all over the world, put my shoes on, and I can run for sightseeing. When I participate in a race, I can meet and talk with new people.