The same week as my race, my mother and mother-in-law had surprised me with a spa day so I could get a deep tissue massage to work out some of the knots that have been hanging around for too long. My massage lady nailed those knots, but it left me seriously wondering if I would be able to run again, much less race on Saturday. It seemed like she had brought back my plantar fasciitis full force and added a knee issue to boot that was nonexistent prior to the massage. I did some self-medicating, I went to the doctor, foam-rolled, iced, rested, and elevated. I had all but written off showing up to the race. I almost didn’t even get the race packet, but the runner in me wouldn’t cave. By Saturday, all of that pain was gone and I was in better shape than when I went in, so all’s well that ends well.

To add insult to injury, I spent the night before the race at a concert, carb-loading via red wine where I had one drink too many. I did not reap the benefits.

I did manage to make it to the race, where I had the usual and awesome support of my family. See below my pom-pomed son.

So, once I got myself there, I drank the coffee and ate the bananas they had set out for us. This was rough on the stomach, but ultimately I had consume calories and caffeine or I wouldn’t be racing.

After I got my bib, I looked around and realized it was going to be a pretty tiny race. Most people had signed up for the half marathon or the 5k. I had decided to do the 10k to try to get a specific time, which I knew between the injury prone week leading up to it and the wine carbs, I was going to fall short of my goal. I figured getting myself there and doing the race at this point was sufficient. 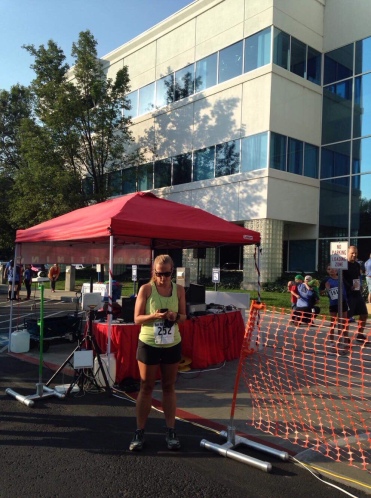 They did a countdown, and we were off. I pretty much stayed at a 5:10 (per kilometer) pace. I felt much better once I started running, but I certainly was not running at peak performance. There were two or three times I had to check to make sure I was on the right course, but it was pretty well marked. The greenbelt system in Boise just has a lot of path and the course did have quite places to turn around, so at times that made it a little confusing. I carried the map with me and worked it out. That didn’t help my time though.

I came across the finish line about 5-10 minutes behind what I had planned months ago, but that is okay. 10k is not my racing distance. I may look for another one to test out how or if I can improve, but I am still focused on the half and full marathons. I did manage to come in first woman overall, and second runner overall, but again, it was a small race.

I was impressed with the race organization. I knew it was going to be a bit of a mom and pop show, but they had a great swag bag, cool tech shirt, coffee and scones for pre-race goods. The race used timing chips, they had plenty of volunteers, music to start us off. The awards were also pretty sweet-better than most races, really. 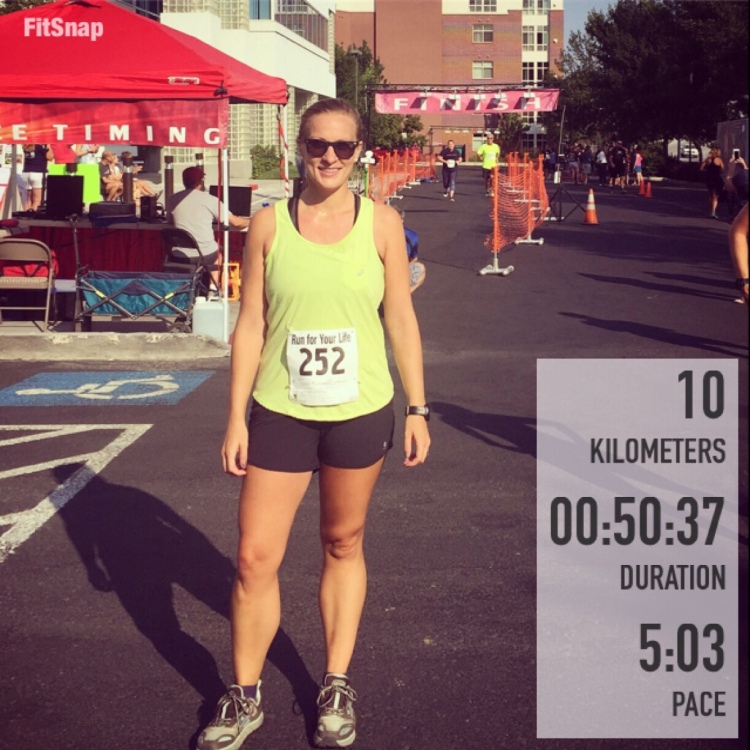