Life is louder than its pulse. -Anthony Marra

My previous experience running Skakavac Trail  is in contrast to this year. Last year, there was a blizzard on the morning of race day in what was an unfamiliar country and terrain, along with my first experience with winter in seven years. I had just arrived from Thailand. To the mountains. In the snow. In Europe. No beaches or 100 degree weather, which is a different kind of combat. It was rough. The markings were either blown away or covered in snow, and again, I did not know these mountains well enough to navigate. My phone had 3% left when I called my husband to tell him I was lost. Search and rescue was getting ready to look for me when I found the next aid station myself. When the trail lost elevation, the snow had melted, leaving behind runoff that resulted in a muddy, slippery, steep mountain to get down.

It did make me feel a little better to hear that local Bosnians also got terribly lost–that it wasn’t just a confused foreigner in a strange land, but in fact the extreme, unexpected conditions.

I don’t have any pictures of the actual snow storm portion, nor did I bother to take pictures while sliding down the muddy hillside, for obvious reasons. There were a few clear moments where I could stop to catch my breath and capture some of the beauty.

How it went better this year: 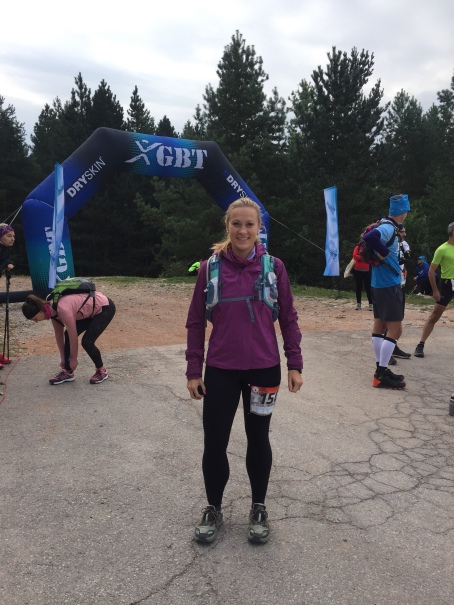 In the months since we first arrived, we have hiked many of the popular trails around Sarajevo. Geographically, I was able to figure out where I was nearly the entire race. They provided a GPX file this year, which made me feel better prepared. I carried a backup charger in case my phone battery died due to the cold. Luckily, the weather was not nearly as severe. They moved the race up two weeks to mitigate surprise snow storms. However, there had been snow in the mountains just a few days prior to the race, so really, the mountains are simply unpredictable here. The organizers made huge improvements with the markings by using wooden signs that were hammered into the ground, making the trail much easier to follow.

Logistically, it was a bit more difficult this year. My husband left on an overnight trip with the secondary students, so I organized our babysitter to take care of the kids. Then, a friend drove me up the mountain to the start. While I ran the race, my husband returned from his trip, so he was able to meet me at the finish. I texted him selfies (see below) as the run progressed. 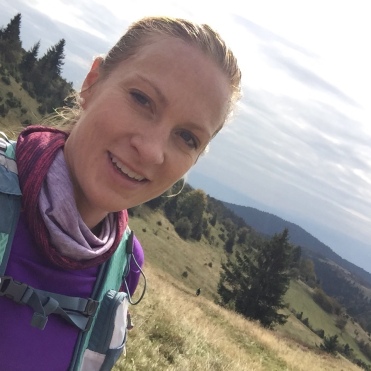 People have asked me how I felt after I finished or what was the best part. My son bombarding me with a hug and “MOOOOooom!!!” You did it!!!” was without a doubt, the best part. This is me seeing his face and incoming hug. 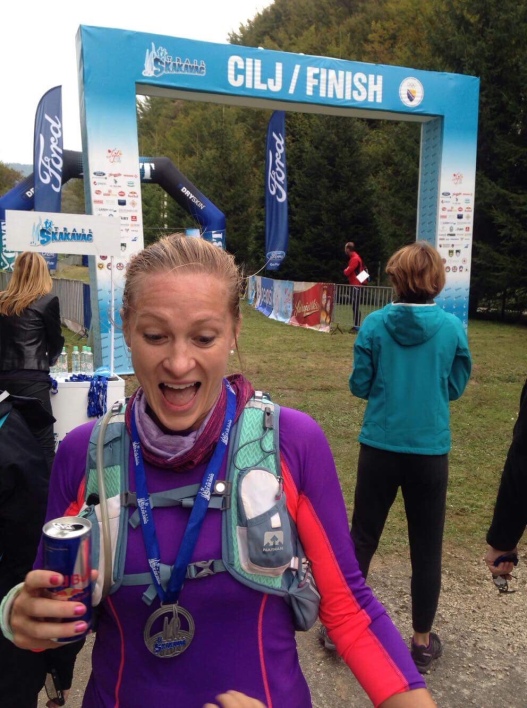 I was shattered and rebuilt in the 5 hours, 17 minutes it took me to finish.

Which is the reason why I run.

The only races that disappoint me are ones where I didn’t cross the finish line a little better than when I started. 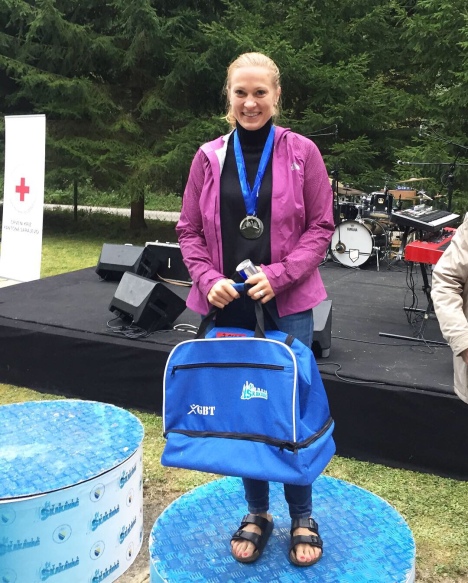 It is an unforgiving, brutal, and beautiful course. See you in 2019 Skakavac Trail.